While Toronto prepares for opening day of this year’s International Film Festival (TIFF), we at Sarasota Film Society have begun our own preparations. We are planning on having extensive coverage of the 11 day event beginning September 5th through September 15th. Historically, the Festival has been a non-stop marathon of films dedicated to various film genres. We are anticipating this year will be no different, resulting in a collection of must see films to satisfy each individual’s palate.

Marielle Heller’s much touted “A Beautiful Day in the Neighborhood” starring Tom Hanks as Fred Rogers will have its World Premiere at Toronto, with a scheduled release date of November 22nd. From the South Korean director Bong Joon-ho comes “Parasite”, a thriller about an unemployed family that takes an interest in swindling the lives of wealthier families. Other premieres include: Kasi Lemmons’ film “Harriet” about Harriet Tubman, Taika Waititi’s “Jojo Rabbit” and Destin Daniel Cretton’s “Just Mercy”. Naturally these are but a few of the many films that will be reviewed during the event and eventually narrowed down to approximately 30-40 that we will be screening.

This year’s much anticipated 30th Anniversary of Cine-World Film Festival will, once again, be held at our Burns Court Cinemas beginning Friday, November 1st and continuing through Sunday, November 10th. Ticketing and Film information will be made available in the coming weeks. For sponsorship opportunites, click here. 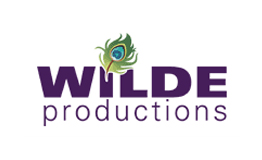 Wilde Productions Inc. was created to establish a higher standard of brand integrity for the Wilde Automotive Family, a diverse group of automotive dealerships in Florida and Wisconsin, by implementing an integrated marketing and advertising approach that has established the group as one of the...