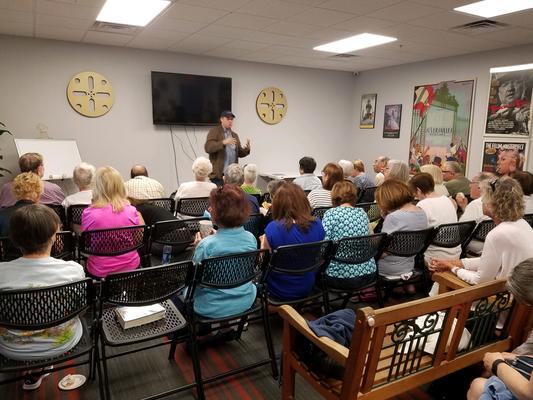 Focus On Film At LWR

Join Us and Gus Mollasis twice a month at Lakewood Ranch Cinemas for "Focus on Film".  Gus is an Award Winning PBS Filmmaker & Teacher (Part Roger Ebert meets Don Rickles).  Due to popular demand, the Film discussion will take place in theater after the movie, films start at 11am.  Complimentary Breakfast Items & Coffee will be provided.  Our next meeting will be on Saturday, March 14th for:

Save the dates! This is Gonna Be Fun.

The unique traditions and standards of excellence that embody a Saint Stephen’s education today are as strong as they were when first visualized by its founders: students who are well prepared for college through a rigorous academic program, and well prepared for life, embedded with strong moral...