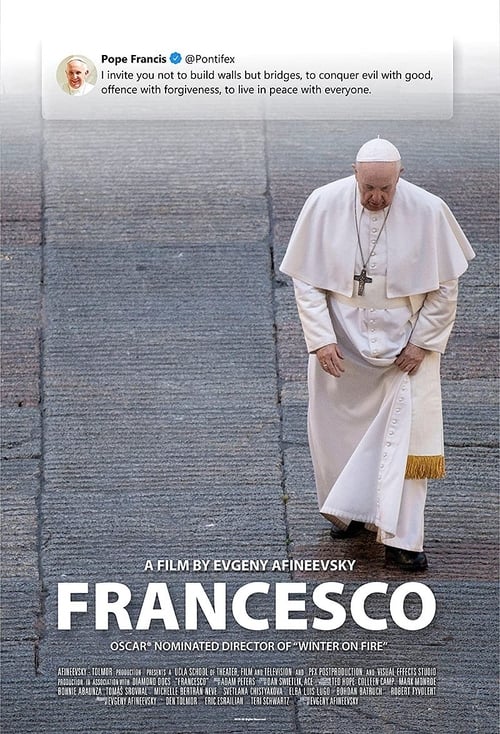 Francesco takes an unsparing look at the most pressing challenges of the 21st-century, asking deep questions about the human condition. The film is guided by Pope Frances who, with tremendous humility, wisdom, and generosity, offers moving lessons from his life that illuminate what it will take to build a better future. In doing so, he addresses issues such as climate change, immigration, peace and religious tolerance, LGBTQ support, gender and identity justice, and economic equality.